The Staff and Vestry of St. James' Parish 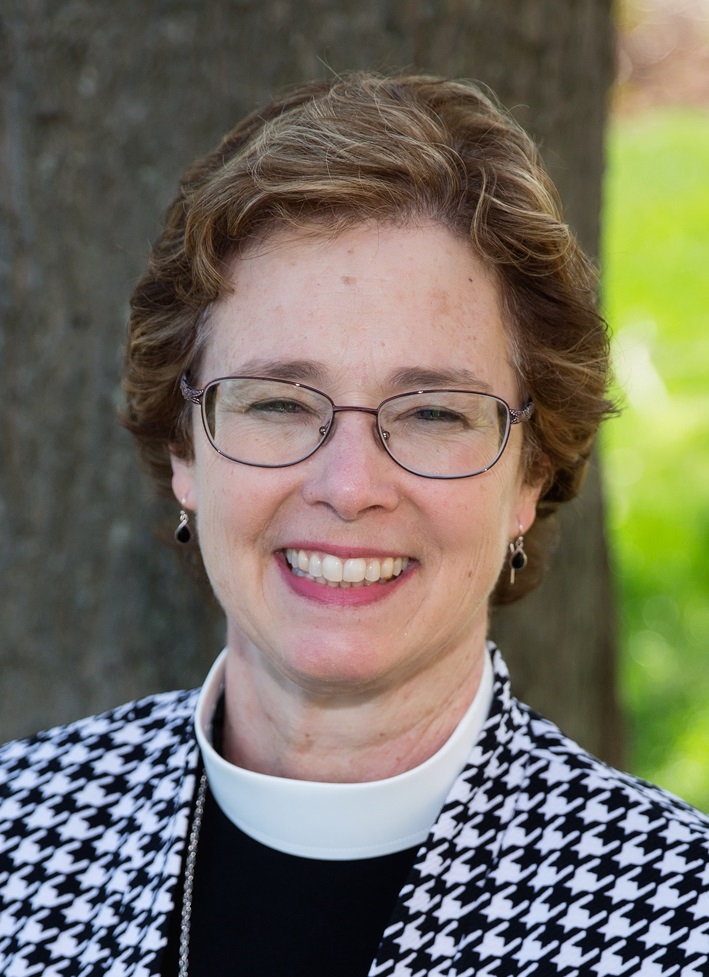 The Rev. Meredith Tobin Heffner was raised as a Navy Junior and spent her youth moving up and down the East Coast from naval air station to naval air station. She graduated from Smith College with a BA in Government in 1985, after which she moved to Washington, D.C. Prior to entering the priesthood, she held various positions in banking, sales and management.

Rev. Meredith earned her MDiv degree from Virginia Theological Seminary (VTS) in May 2008. She was ordained to the Priesthood the following December, and served for close to nine years as Associate Rector at St. Mark’s, Alexandria, Virginia. She began her ministry at St. James’ in January 2017. A cradle Episcopalian, Rev. Meredith’s passions include mission, preaching, teaching, and pastoral care. She is especially enthusiastic about family ministries and the many ways we share God’s love from generation to generation.

Rev. Meredith is a Preaching Fellow at VTS’ Deep Calls to Deep program. She has served as a seminarian supervisor and colloquy mentor. She is a cancer survivor, celebrating over five years of being cancer free. She loves preaching, boot camp, dancing, and a good cup of coffee with milk. Meredith is married to Doug Heffner and they have three grown children and a dog. Their favorite time is when the family is gathered at the table—whether at home, or at St. James’. 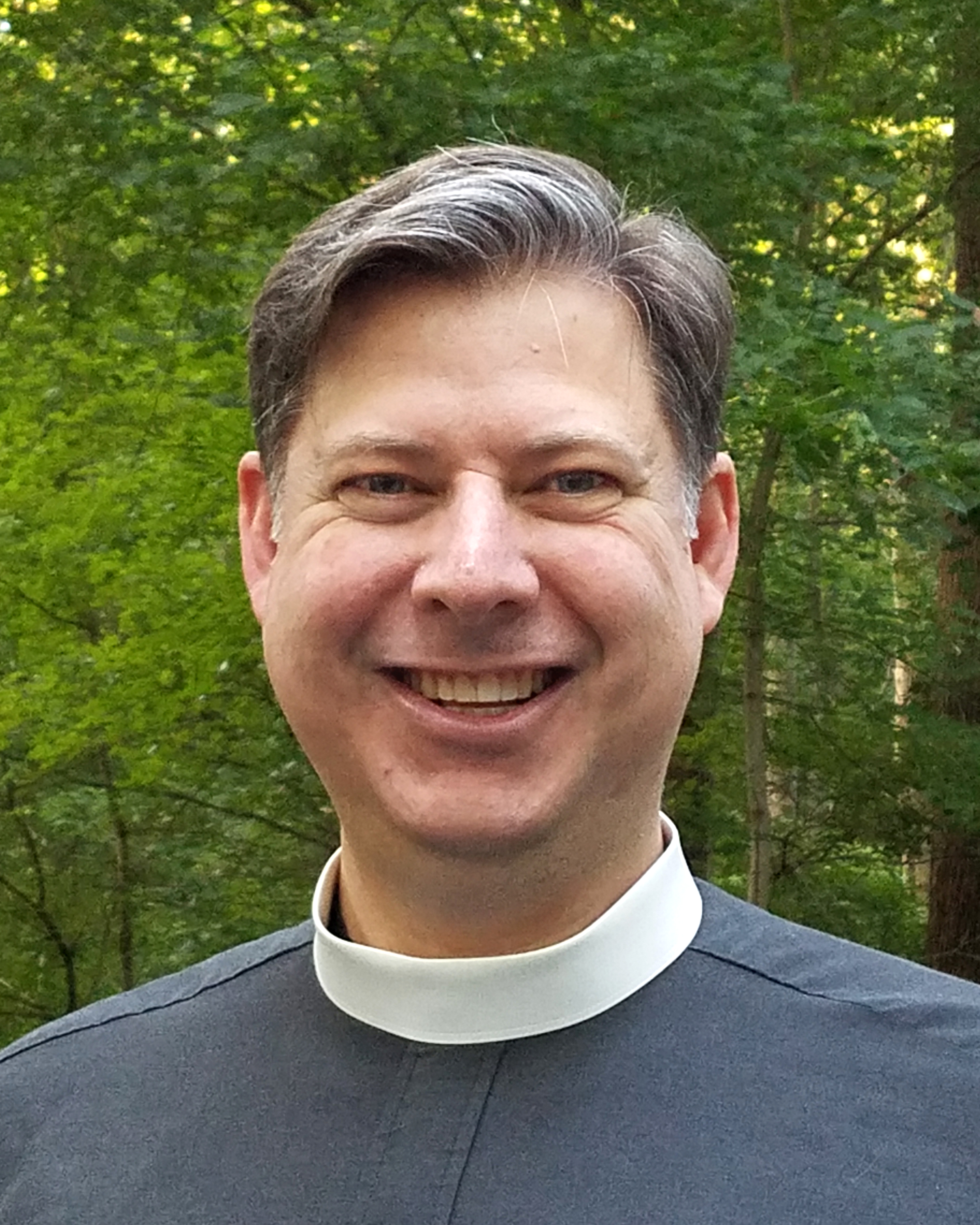 James (as he prefers to be called), graduated from Sarah Lawrence College in 1999 and entered Virginia Theological Seminary the following fall. Upon his graduation in 2002 from seminary, James began his ordained ministry as the Associate Rector at St. Paul’s Episcopal Church in Naples, FL. He was called to be the Rector at St. Andrew the Fisherman in Mayo, MD in 2005.

In 2009, he resigned from his position as Rector to continue his education and an expansion of his ministry. He entered Eastern Mennonite University, in Harrisonburg, VA, a university renowned for its conflict transformation expertise. There his coursework included, among other things, managing congregational change and conflict and interfaith peacebuilding. He completed his studies in December 2010 with a Masters degree in Conflict Transformation and Peacebuilding. James now has a consulting practice helping congregations through issues of change or conflict and coaching organizational leaders; yet he retains a love and devotion to parish ministry including preaching, teaching, and celebration of the Holy Eucharist. In August 2019, he also began serving St. Andrew's Episcopal School as its Acting Chaplain to the Middle and Upper Schools. His position on the staff of St. James’ allows him to ground his priestly ministry in parish life while engaging in other domains of ministry. 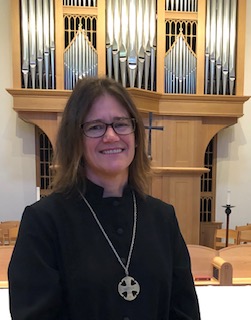 Although native to the Northwest suburbs of Chicago and a loyal Cubs fan, Iva lived all her growing up years from age three on in rural Central Ohio after her father retired from a forty year career with United Airlines and returned to his hometown. Together, Iva’s parents restored an 1860’s farmhouse on just over thirty acres; it was very nearly an idyllic place of play and exploration during her early years. She is a cradle Episcopalian and bore early witness to the love of Christ-lived-out within her early faith community, St. Johns’ Episcopal Church in Lancaster, Ohio.

She obtained undergraduate degrees in Exercise Physiology and Athletic Training from Miami University in Oxford, Ohio in 1992 and subsequently attended Ohio University in Athens to obtain her degree in Physical Therapy in 1995. Prior to beginning seminary at VTS in August, 2019, she practiced physical therapy in primarily the outpatient orthopedic and sports medicine setting for twenty-five years with segues into management and departmental directorships, although her heart remained in patient care and her ministry of healing.

One of the most difficult things about being away at seminary is that her husband of twenty-five years, Jeff, her two adult children, Ryan (22) and Gwyneth (20) remain in Ohio while she attends school; seminary is truly a family endeavor and although difficult, she is embraced and lovingly supported by them from afar . As a result, Iva is deeply grateful for the community of VTS that sustains her and feeds her on this path and attempts to reciprocate this love with an occasional PT “consult” to mitigate the physical rigors of academia on fellow students and by serving the Chapel Department as a Sacristan.

When not reading or writing vigorously (the prerequisite for all seminary coursework), Iva is an avid hiker and finds restoration and completeness in the rhythm of boots hitting the trail. She also enjoys cooking (and eating), time around the kitchen table, traveling, cuddling with her enormous cat, Rudy and trail time with her grand-dog, Phineas. 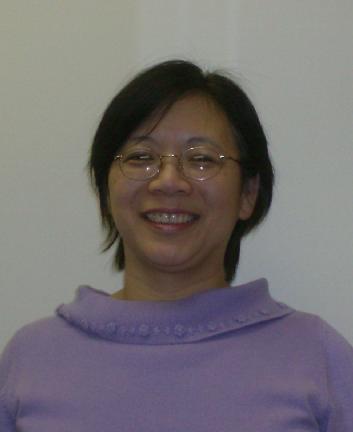 Grace joined the parish staff in February 2008, assuming the role of Parish Administrator in our parish office. She is responsible for coordinating all administrative functions, in collaboration with the clergy, other staff members, and lay leaders. Grace is assisted by several office volunteers whose work she plans and oversees. Grace received her BBA degree from the University of Texas — San Antonio, and her MBA degree from Mississippi State University. In the past, she had long experience as a self-employed meeting planner working mostly on government contracts. 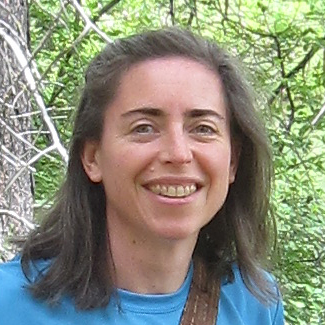 Kirsten has been a member of St. James’ since 2009, along with her husband Eric and daughter Zoe. She prepares email communications, updates the St. James' website, and formats Sunday bulletins, flyers, and other documents for St. James’. She also provides vacation support for the parish administrator. Together with her daughter Zoe, she coordinated St. James’ Backpack Drive for Interfaith Works for three years. Prior to coming to St. James’, Kirsten and her family lived in Portland, Oregon where Kirsten was the office administrator of her local church and created props, seasonal decorations, and funny hats for the children’s chapel. In her free time she designs and publishes knitting patterns, drinks tea, and plays with Zoe’s art supplies. 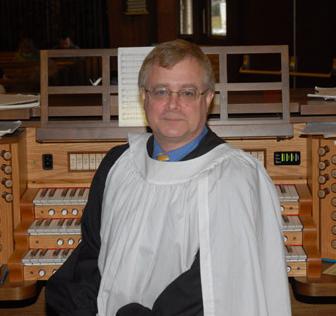 Newton arrived at St. James' in November, 1999. He began playing organ and conducting choirs for churches as a freshman in high school in Huntington, Connecticut. He went on to Middlebury College in Vermont and received a BA in Religion. After school he pursued a career in real estate while substituting at several area churches including St. Paul's Episcopal Cathedral in Burlington. While a close association with St. Paul's developed, he felt called to church music and went on to earning a Masters in Organ Performance at New England Conservatory in Boston and a Masters in Church Music from Westminster Choir College in Princeton, NJ. Since then he has held posts in Connecticut and Pennsylvania as well given organ recitals including Washington National Cathedral. 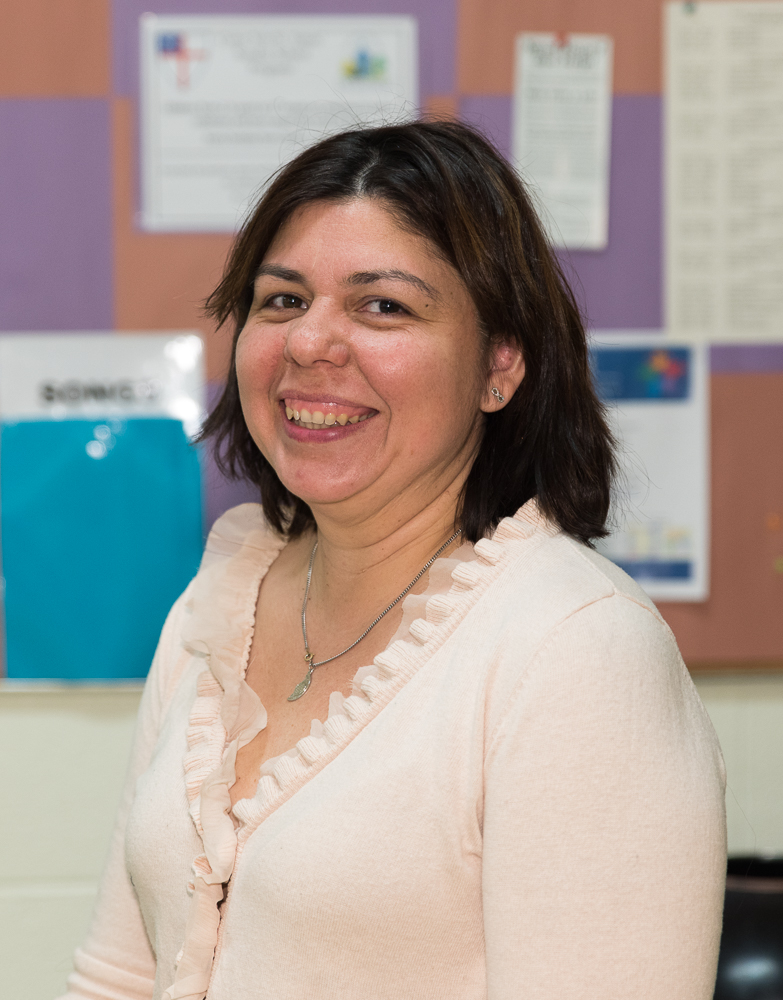 Marisol is a teaching assistant in the fours’ classroom at St. James’ Children's School where she has been employed for 15 years. She is married and the mother of three children. She served as co-coordinator of the St. James’ Sunday School Program in the summer of 2015. Marisol also oversees the childcare staff serving infants and toddlers. 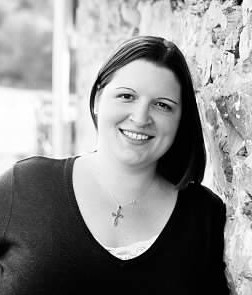 Rachele has been a member of St. James’ since 2005. She began working with St. James' as a first grade Sunday School teacher. As time went on, she often volunteered with youth projects. Rachele has enjoyed watching many of the youth grow into wonderful teenagers and young adults -- including her own son who is now in college -- and loves working with them as the youth group director. She has a BA in History from University of Maryland, Baltimore County (UMBC), and has worked for Progressive Insurance for more than 10 years. Rachele loves serving the Lord, caring for her family, traveling, and watching baseball. 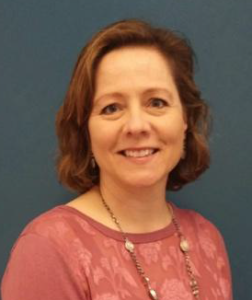 Astrid has been a part of  St. James' Children's School since it opened in September of 1993. The school began with just nine infants, and she spent the first few years in charge of the Infant Room and enrollment for all classes. With the school's expansion in 1997, Astrid began working full time as Assistant Director. Now as Director, she has helped the school achieve Maryland EXCELS quality rating Level 3, as rated by the Maryland Department of Education, and she is strives each day to support the school's families and staff. Astrid is originally from the San Francisco Bay Area and received a degree in Psychology from the University of California at Davis. Astrid studied Human Development and Family Studies in Graduate School at Penn State.

She and her husband live in Gaithersburg and they have two grown boys who both attended St. James' Children's School. In her time off, Astrid enjoys reading and planning adventure trips with her family. Some of their favorite trips have been traveling cross country by RV, backpacking in the Sierras, and ski trips in Utah. 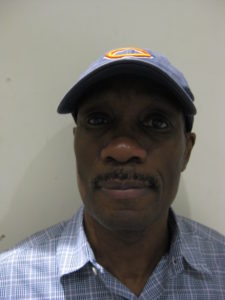 Jerome serves as the St. James’ Sunday sexton, organizing refreshments and taking responsibility for set-up and clean-up for all Sunday activities related to fellowship and education. In the process he performs troubleshooting and gives advice aimed at smoothing our complicated Sunday morning schedule. During the week Jerome handles billing for a group of attorneys at Hogan Lovells, and he worked previously in publication sales at the Alban Institute. The oldest of eight children, Jerome grew up in Kentucky and holds a degree from the University of Cincinnati in political science and history.

Jerome lives in Takoma Park. His hobbies include philosophical reading, with a particular interest in theodicy, the study of how an omnipotent, benevolent God can allow the existence of evil. Other interests include a passion for baseball, a love of good food, and a determination to master the names of everyone he meets at St. James’. 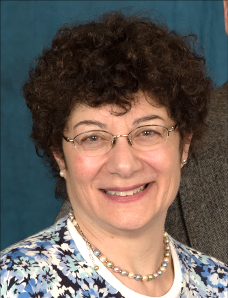 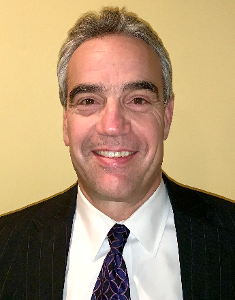 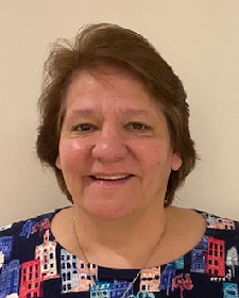 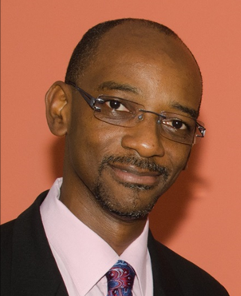 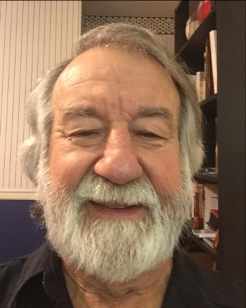 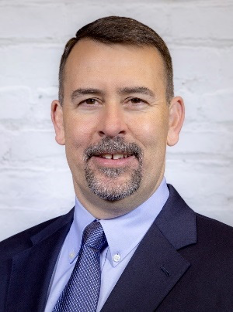 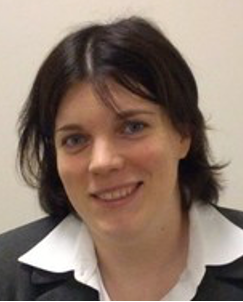 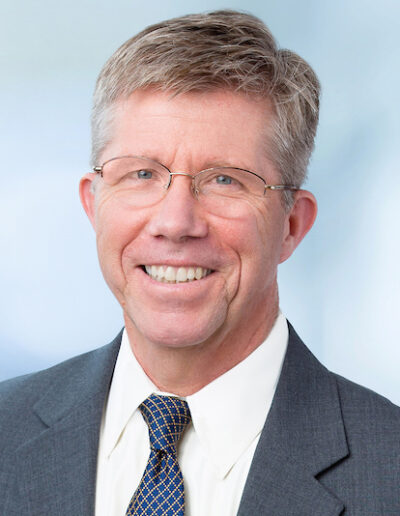 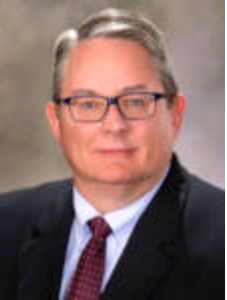 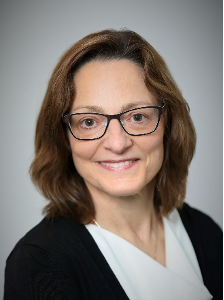 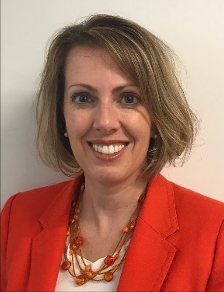 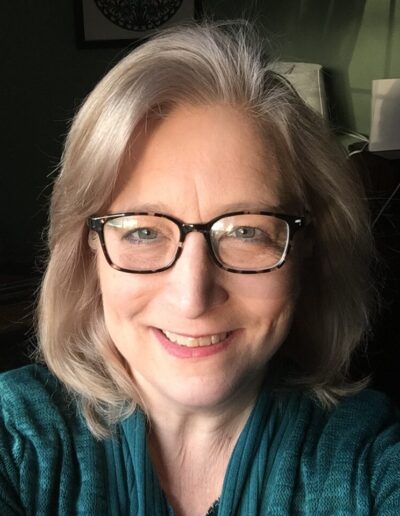